Cortona has more than 3000 years of history behind it. Myths and legends are intertwined in the hills and valleys around this magical city. It is said that Dardano, son of Jupiter, left Cortona to found Troy. Perhaps this is why Aeneas, at the end of the long war, returned to the place of origin of his people with his father on his shoulders to die on the mountain of Pergo. Not only that, it is also said that Ulysses, called the Dwarf by the Etruscans, after wandering all over the Mediterranean arrived here, and that he was buried in this territory, perhaps he too carried dead on his back by his son after having killed him by mistake. in Ithaca. Who knows how many events these places have lived: Hannibal on Lake Trasimento who wins the battle against the Romans, perhaps thanks to the help of the Etruscans, hence the name of Ossaia at the foot of the Cortonese mountains. There where Syrah and Trebbiano vines now enjoy the humidity of the lake. 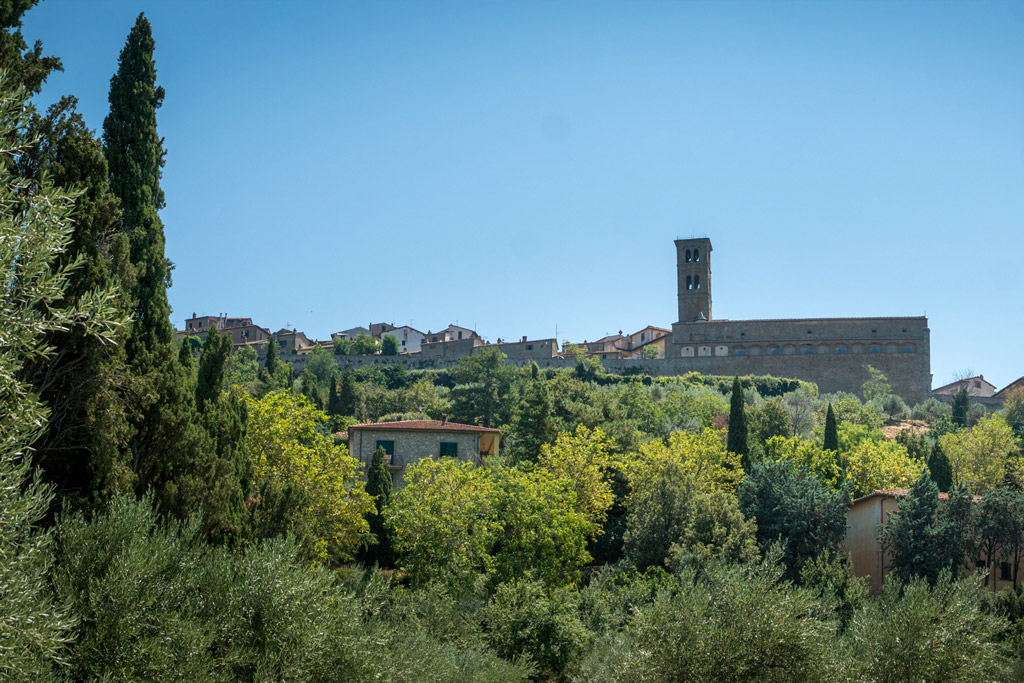 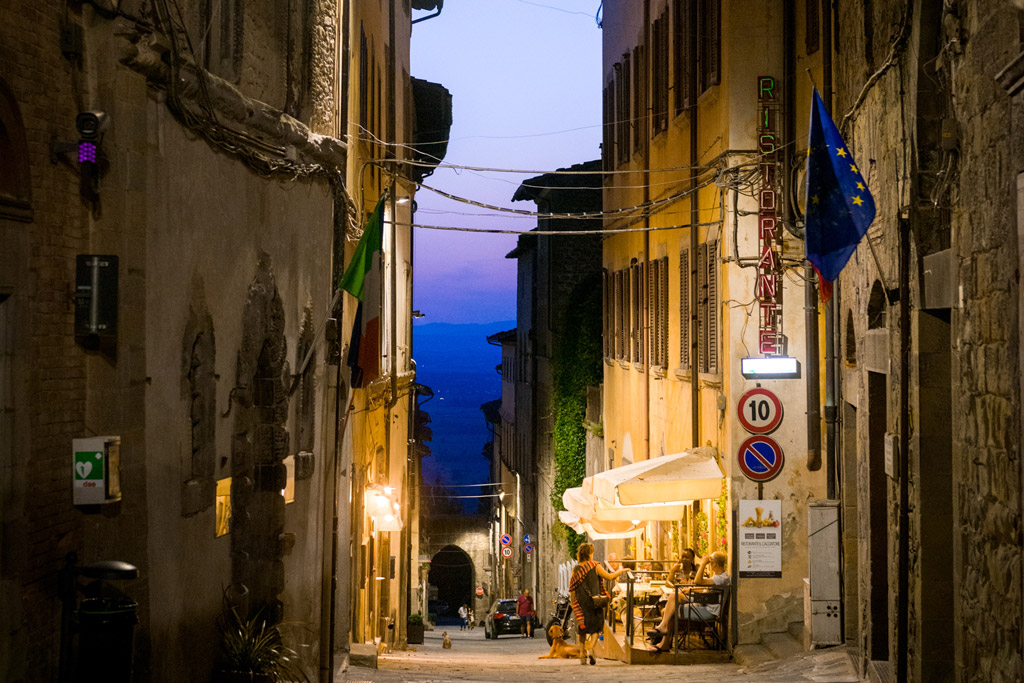 Fringuello is just a few steps outside the ancient walls of Cortona. The Etruscan town, developed over the centuries, still preserves the appearance of the Medieval period. The big city doors, once a defence against enemies, now invite you to linger in its alleys and squares discovering unexpected glimpses and panoramic views.

The convent of “Le Celle” is one of the first Franciscan settlements. Francis of Assisi arrived there for the first time in 1211, to return several times, until the year of his death, 1226. His presence had a strong influence on the local people, among which first of all, Margherita da Cortona. 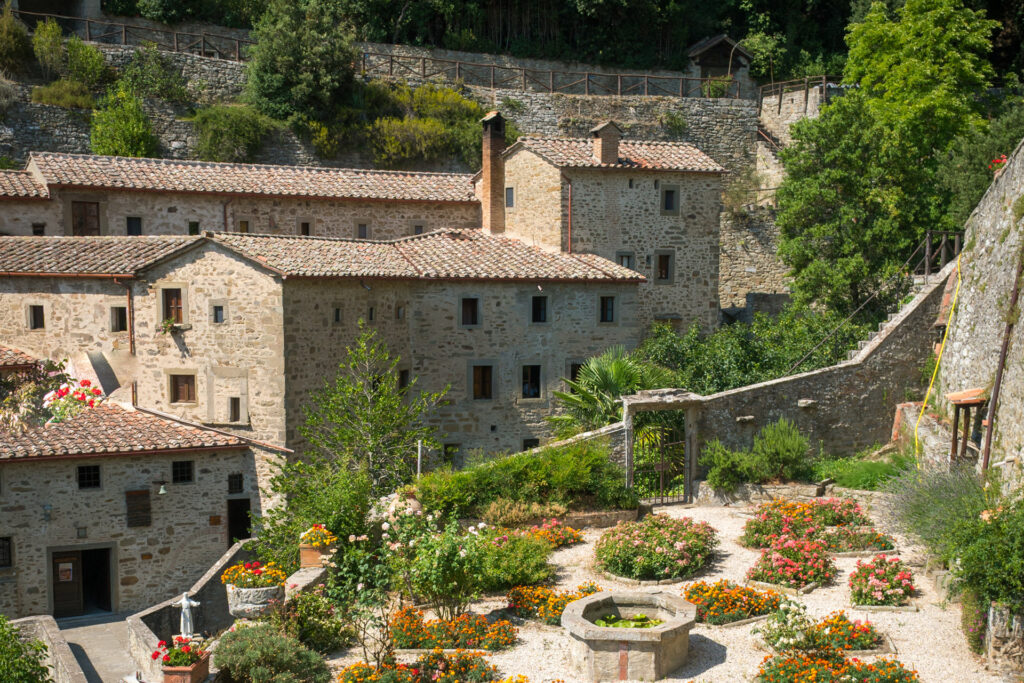 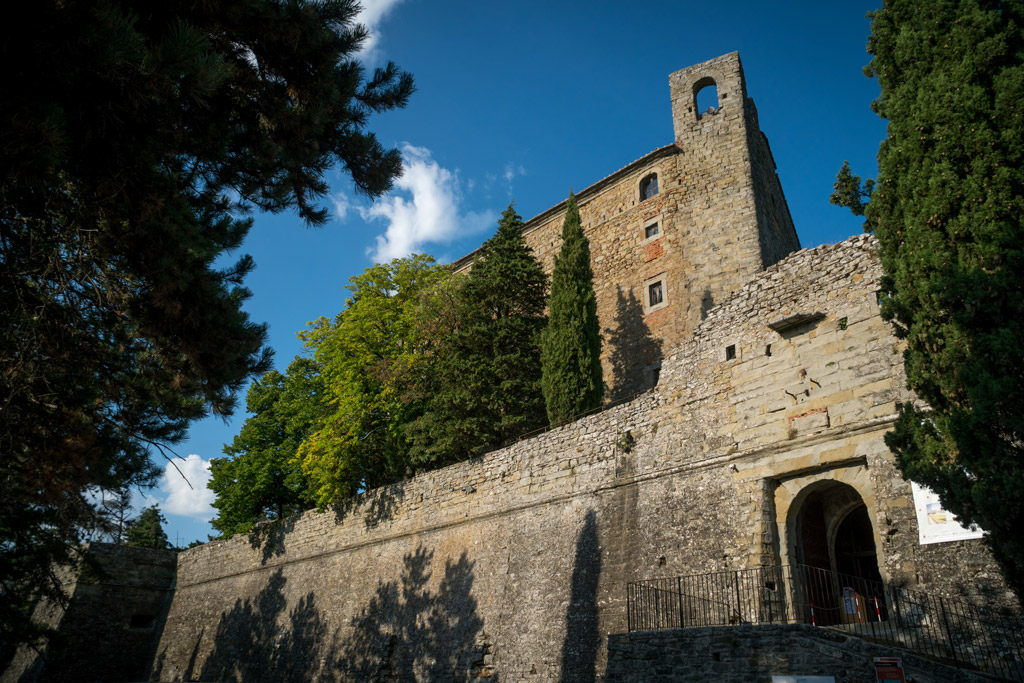 At the top of the hill, the fortress of Girifalco dominates the whole Val di Chiana. Rebuilt by the Medici in the 16th century, it is now the exhibition venue of the Cortona On The Move photography festival and a venue for concerts and events.

Santa Margherita is dear to all the people of Cortona, the large 13th century church above the city is dedicated to her. 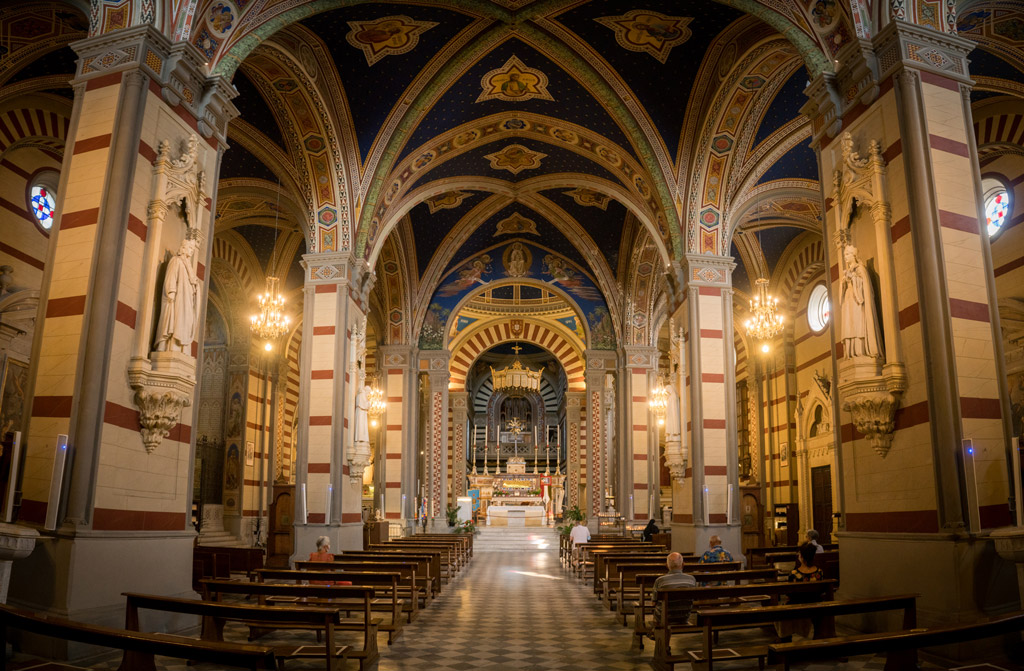 Besides the MAEC, the Museum of the Etruscan Academy, the territory offers several cultural walks.

Cortona is in a fortunate position to visit both Tuscany and Umbria. Both regions have more than 2000 years of history and have hosted the origins of mankind: from the mysterious people of the Etruscans to the Renaissance, a period of famous artists, men of letters and scientists whose historical, artistic and literary heritage is unique in the world. 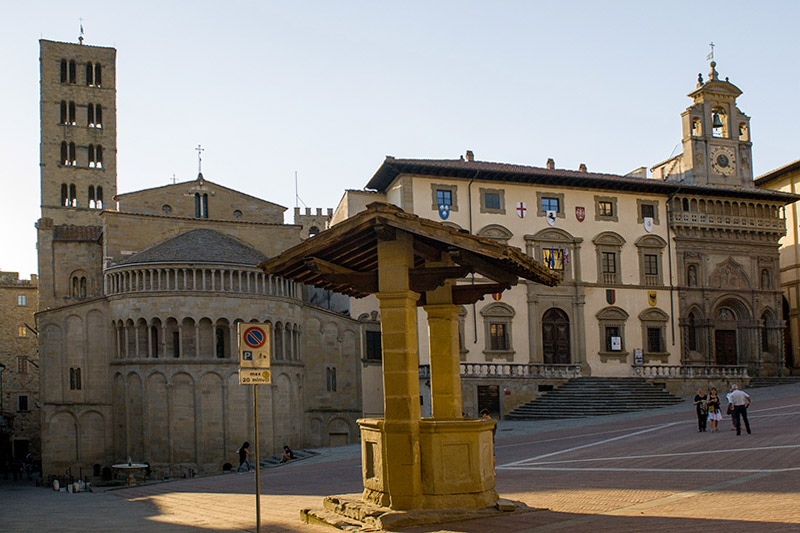 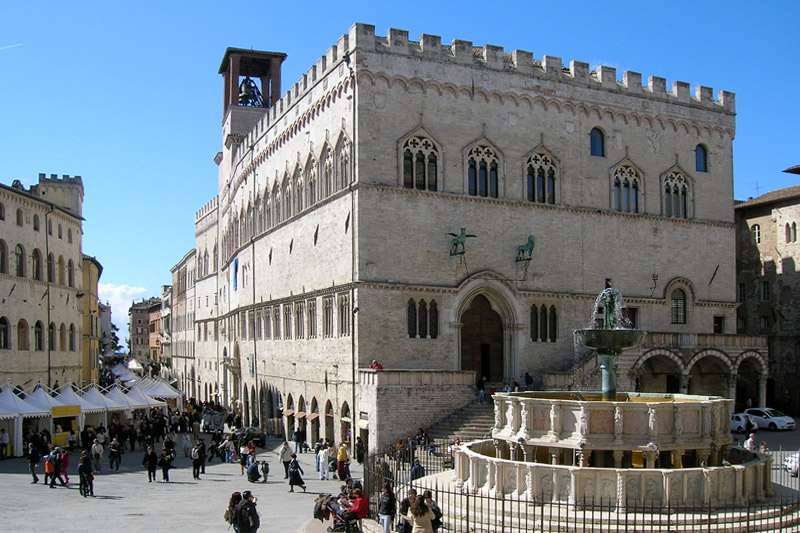 Etruscan centre and important medieval city, today it is a city of students: for the conservatory, the academy of fine arts and the university for foreigners. In July it is populated with music with the famous Umbria Jazz festival. Perugino, Pinturicchio and Raffaello, the contemporaneity of Burri and Beuys will accompany you on walks through the artistic streets of the Umbrian capital. 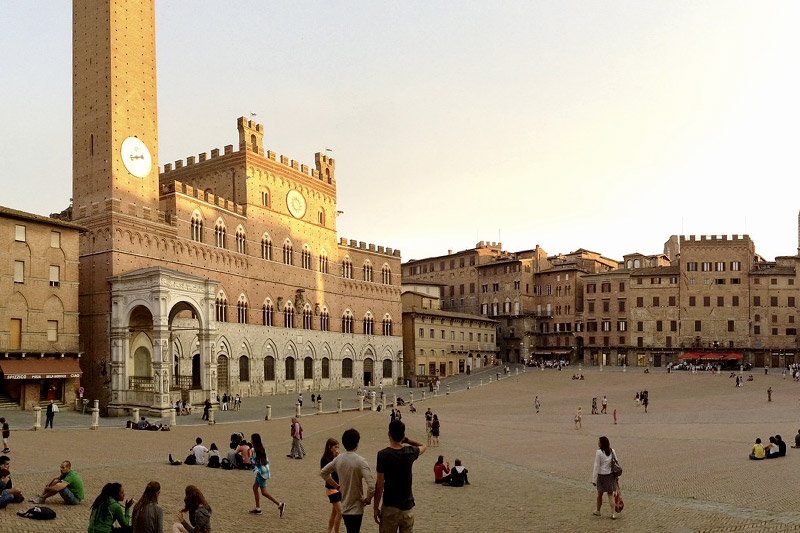 One of the most beautiful medieval cities in Italy, it is full of palaces and squares to admire. Among the many attractions, besides the famous Palio, the traditional horse race, the cathedral and the civic museum offer real masterpieces. 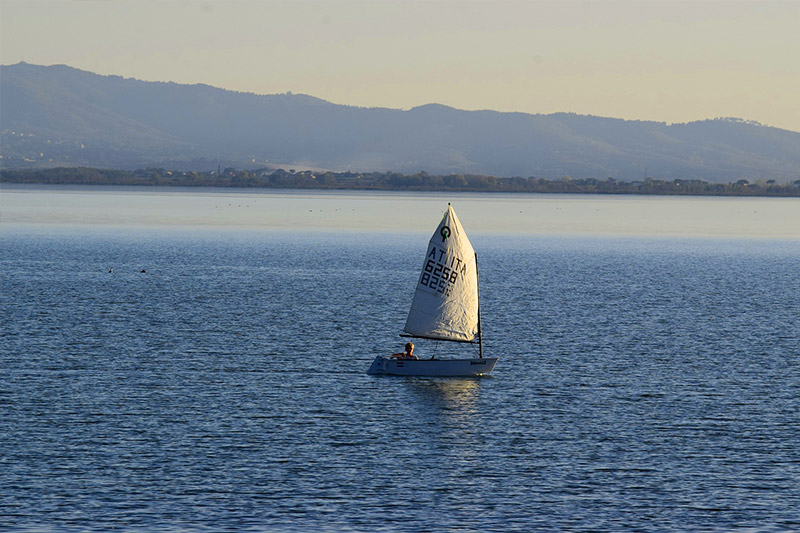 The Regional Park of Lake Trasimeno is a great natural ecosystem populated by a great variety of amphibians, fish and a great variety of birds. The two islands and the nearby villages are perfect destinations for a day on the lake. 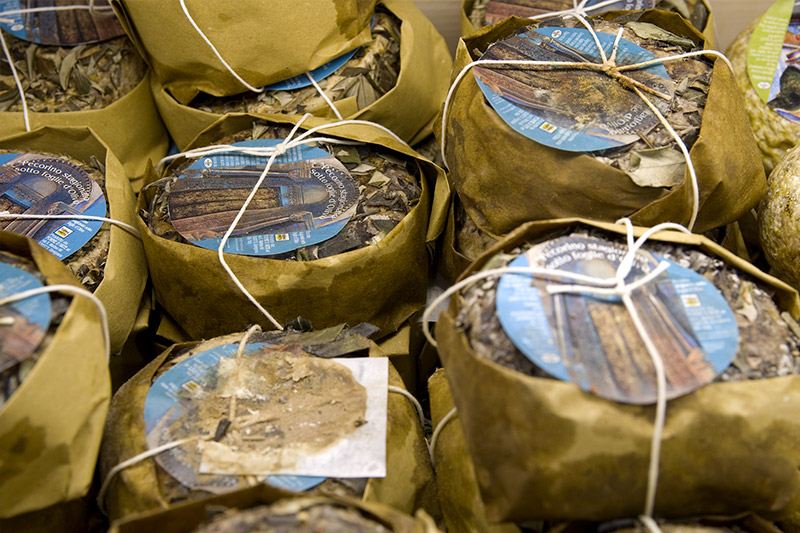 Pienza is a small village in the beautiful Val d’Orcia. It is located about 20 km east of Montalcino and a few km west of Montepulciano. Land of gastronomic products and popular festivals, the town of Pope Pius II is absolutely worth visiting. 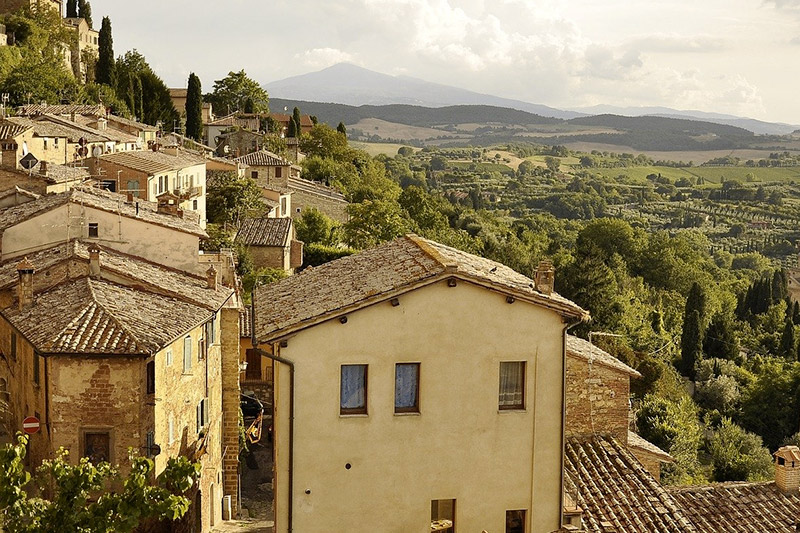 A medieval town of rare beauty just a few kilometres from Cortona, it offers elegant Renaissance palaces, ancient churches, beautiful squares and views from which to admire the Val d’Orcia, a UNESCO World Heritage Site.

Immersed in the pristine landscape of the Cortona hills.

Immersed in the pristine landscape of the Cortona hills.